Our governor gave us the stay-at-home order yesterday. With presumptive positives surpassing 1000 in the state, it’s a wise directive. That said, judging by the volume on I-66 right outside my condo, only a handful of my fellow Virginians are complying. And no, they still have not finished replacing the sound wall as they ravage the land around us for new express lanes. Which means even as spring explodes from the tulip poplar and cherry trees all around the complex, my balcony door stays sealed tight.

END_OF_DOCUMENT_TOKEN_TO_BE_REPLACED 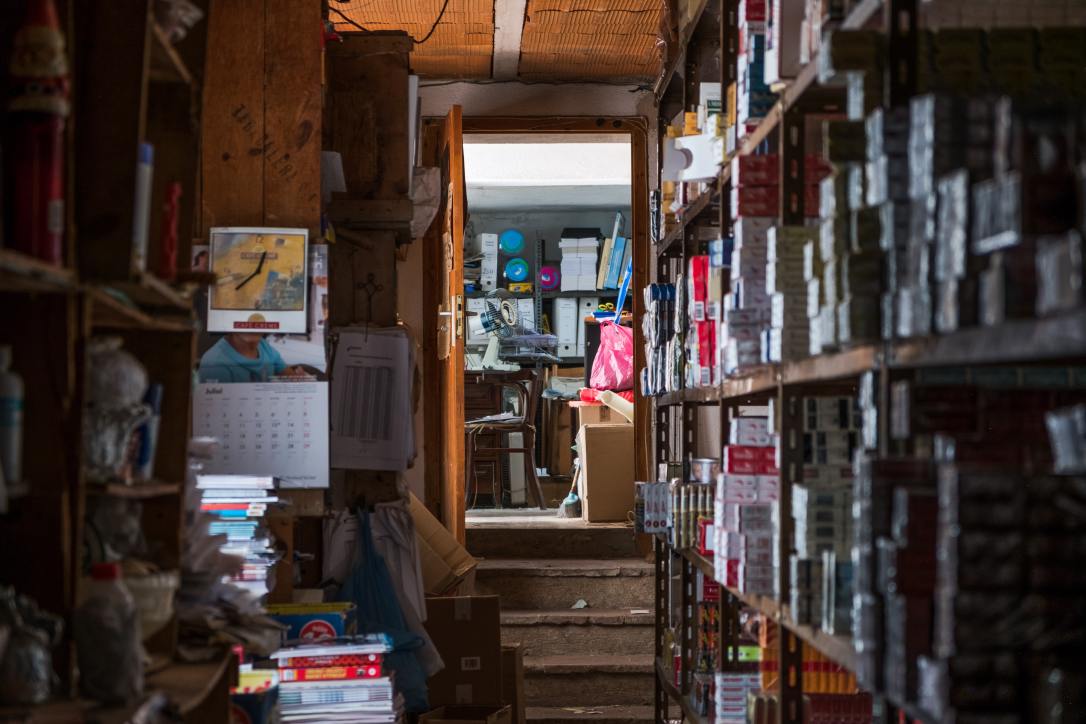 My university made the announcement that all buildings will be closed starting tomorrow. Some students still live on campus, some international students have not been able to get home. “Essential services,” as we call them now, will remain functional. Grab-and-go meals in a few dining halls. Campus security. A couple of residence halls. The rest of campus shuttered. All of us that can telework are doing so.

In the span of a week, an entire faculty has figured out, more or less, how to teach online — a skill some sizable percentage has been resisting for a decade.

Today I went into my building for the first time since March 10. With a gloved left hand and a “clean” right, I navigated to my office to collect my ergonomic keyboard and a standing desk floor mat. My partner and son have assembled a plywood contraption on casters that will work for me to stand at home. This small condo is quickly shrinking, and it’s good to have a place to work that isn’t the dining table. Especially now that we’re eating three meals a day there.

END_OF_DOCUMENT_TOKEN_TO_BE_REPLACED

At this point, I check the news only three times a day. The rationing is keeping me steady. When this all started a few weeks ago, broadcasts from the various corners of the world helped me make decisions. I pulled my son out of school a day before the county caught up. The conversation with his dad about the decision was tough — I had to make the case for why our boy’s academic well-being was less critical than flattening the curve. This meant providing evidence from the Italian news, from scientists who were begging for distancing in the absence of any kind of coordinated response from our leadership.

Like so many people, I read and read and read. Tracked curves from around the world, learned why South Korea looks so different from Iran. Then not 24 hours after I made the call, our school board followed suit. That early vigilance validated, I continued to gulp down news from every source I could find.

END_OF_DOCUMENT_TOKEN_TO_BE_REPLACED

“Staying occupied is a socially sanctioned way of remaining distant from our pain.”
― Tara Brach, Radical Acceptance: Awakening the Love that Heals Fear and Shame

1. Here is your blank page.
A crease deepening in the fold of their neck.
A spiderweb alongside the eyes.
Knuckles nicked and gnarled
from every saw blade that has ever gone sideways.
Their hull with its jagged seams lashed back together
more times than even they can count,
Yet strength enough still to flip you like an egg
over easy, your wet yolk intact (but not for long).
Their silhouette against the moonlaced slats,
looming, flesh-wrapped,
lifting the crenulation of your ribs
smoothing the oil they somehow coax
from pockets
you forgot you’d sewn into the edges of your whispers.

END_OF_DOCUMENT_TOKEN_TO_BE_REPLACED

“You’re doing your best,” they say. You nod, you shrug. Okay, sure.

“Your best” belongs to brighter days. Not so far off, those days, but somehow also remote. Like they belong to someone else.

Best You learned things. Made decisions snap-snap. Took on the project. Invited people into your home. Best You learned a new language, the names of trees, how to roll sushi, and the most exhilarating route through Manhattan by bike.

END_OF_DOCUMENT_TOKEN_TO_BE_REPLACED 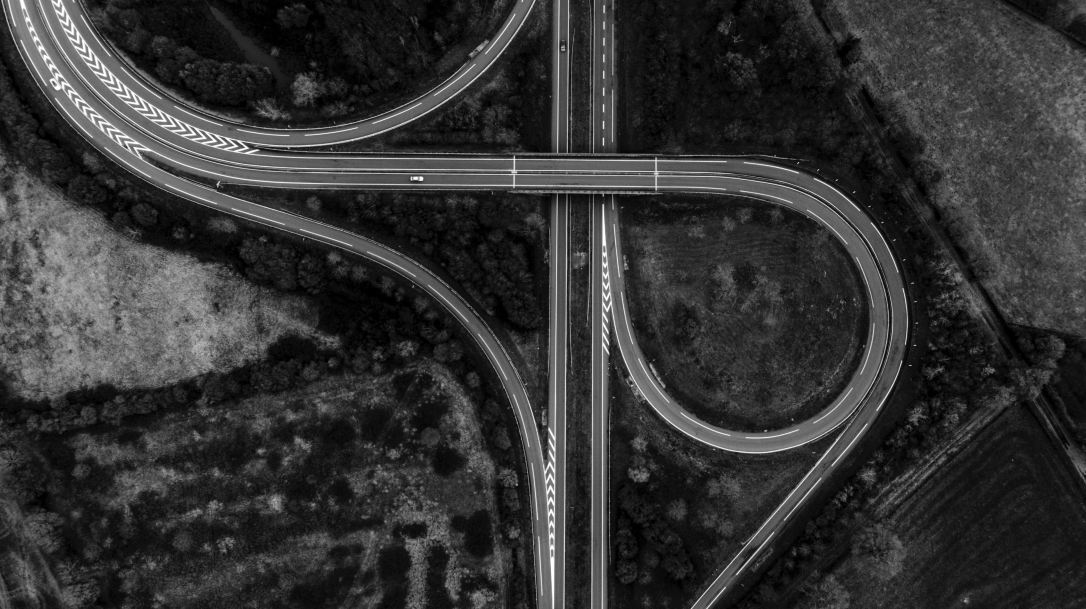 A string of taillights threading between shadow
trees of a ghost forest.
A mountain of dirt higher than the fire truck
ladder
can reach.
The remains of a wall. It fell against the sound
we cursed, the sound
that turned out to be
a lullaby
after all.

END_OF_DOCUMENT_TOKEN_TO_BE_REPLACED

Unfolding from a plank on a mat, I see his sneakers approaching.

“Are you done with your workout?”

“I’m not sure.” I pull back into a child’s pose and then flop over.

“You look like you’re done. Did you do your weights?” A dark heart of sweat blooms across his chest.

He looks around. Our gym. The place we come almost every free Tuesday evening after he picks me up from the metro. “You don’t like it here?”

“Okay,” he shrugs. “We can go home anytime. Let me know when you’re ready.”

END_OF_DOCUMENT_TOKEN_TO_BE_REPLACED 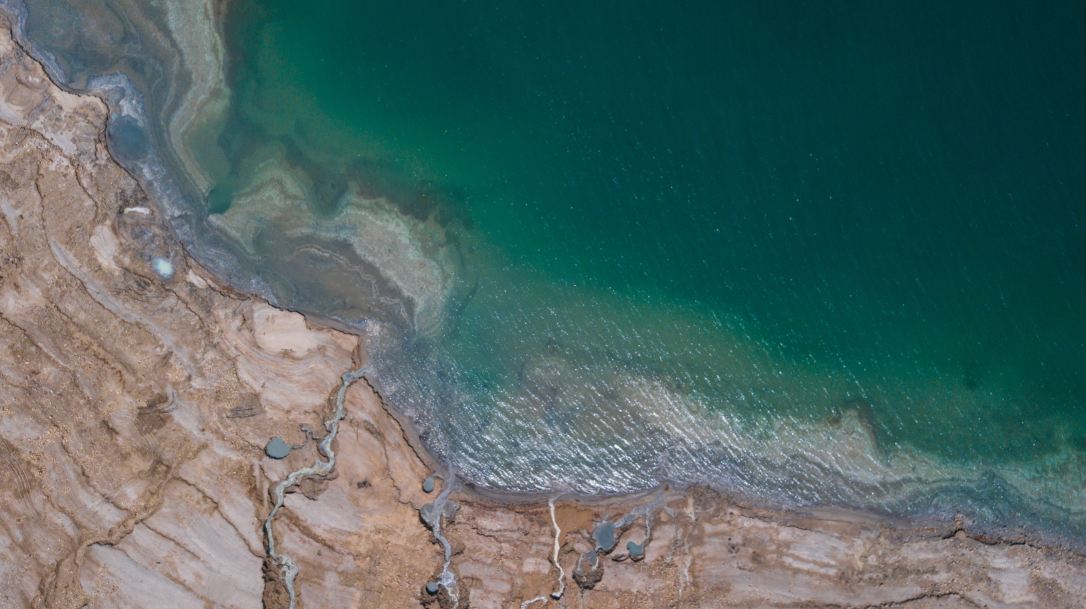 My craft has a name for me.
Its holy ink
painting the first stroke on the cave wall
now. At this very moment
it is lifting the curtain and watching me sleep.
It is stirring egg and ash
over a flame.

END_OF_DOCUMENT_TOKEN_TO_BE_REPLACED

Sylvia Mendez was nine years old when she became the center of the landmark court case, Mendez v. Westminster. Parents and neighbors joined together in a fight to desegregate education for children of Mexican descent in southern California. The 1947 court decision banned segregation in California public schools and paved the way for the national ban on school segregation in Brown v. Board of Education seven years later.

On her first day at school after winning the case, Sylvia recalls a white boy coming up to her and telling her she didn’t belong. She says, “I was crying and crying, and told my mother, ‘I don’t want to go to the white school!’ My mother said, ‘Sylvia, you were in court every day. Don’t you know what we were fighting? We weren’t fighting so you could go to that beautiful white school. We were fighting because you’re equal to that white boy.” (LA Times)

It’s easy to hold up these historic figures as superhuman. It seems they are made of sturdier stuff than us average folk. But Sylvia Mendez was herself a reluctant hero. Her name was on that important decision, but she didn’t feel brave and fierce.

Maybe her connections to her family and her community mattered to her more than the abstract idea of equality. And maybe it was from the strength of those connections that Sylvia drew her sense of purpose.

Sylvia went on to a successful career as a pediatric nurse. For decades, Sylvia didn’t think much about Mendez v. Westminster. Then her father died and her mother became very ill. In a conversation about the case, her mother told her, “It’s history of the United States, history of California. Sylvia, you have to go out and talk about it!” Hesitant at first but guided by her mother’s conviction, Sylvia began vising schools to tell the story of her family’s fight for civil rights.

Since her retirement from nursing, Mendez’ work has grown into a nationwide effort to help students succeed. She sees the de facto segregation that still exists in American education today, particularly in the scarce resources of schools in poor communities and communities of color. She wants all students have the opportunity that she did, and she has dedicated herself to advocating for educational equity.

Behind most hero myths lurks a story of uncertainty, hesitancy, and detours. Something propels (or drags) the protagonist to the path they are meant to walk. Mendez’ connections to her family called her back to courage.

For each of us, such a force exists. Maybe hidden, maybe silent, likely disquieting, most certainly mighty.

In what voice does it call us back?