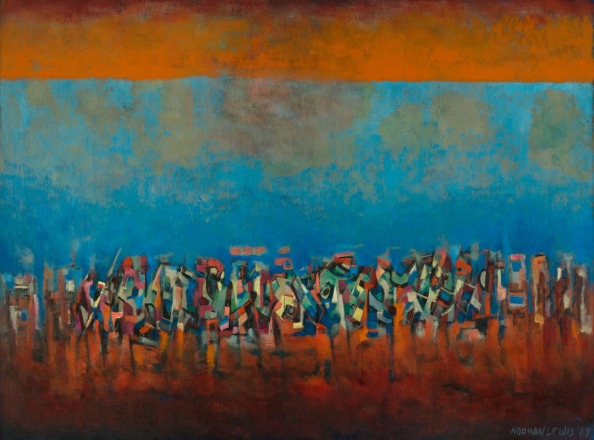 Are you willing to use the power you have in the service of what you say you believe?

We’d scheduled a White House tour for the morning after the election.  My 10-year-old son was already excused from school for the day. Through the night, the red stain bleeding across the map tangled me into a knot of sleepless apprehension.  It drew tighter every time I reached for the phone to pull up CNN.  As the unreality of our new president crystallized into fact, fear of what will happen to our nation, to my neighbors and our shared home — and the uncertainty about how to be a mother through it all — metastasized from compulsion to obsession.

In just a few hours, I would have to frame the outcome of this election for my boy in a way that would capture both dread and the hope.  Most parents want their children to live with a sense of security while also growing in skillfulness to face threats to it. No matter how confusing, it’s on parents — on me — to frame this moment in a way that offers context and courage. Even having no idea how to go about it, I’d be on the hook for guiding my son through this. Punting wasn’t an option, not even temporarily. There would be no skirting the issue while walking with my kiddo around our nation’s capital on November 9, 2016.

Eventually, the sun pricked me into reluctant consciousness and I dragged off to get my son. We hugged.  We talked.  We speculated about the terrible things that might unfold in the next few years.

Much more than that, we talked about what we can do.

We can build strong relationships with our neighbors.  We can create supportive networks for the most vulnerable members of our community.  We can take a stand on local and state laws.  We can work on making change in the 2018 mid-term elections.

As we returned to this over and over – what we can do – I realized that all of it is true.  It is true in the most powerful way: in the way that only comes into being if we move from words into action.

In our family, we have built the habit of taking small, daily actions for the well-being of our community and planet.  We bypass the car and use our feet or bikes, we save and recycle, we welcome in our neighbors, we volunteer at the winter food drive.  As important as such choices are, it is clear now that wearing a Black Lives Matter button and donating canned peaches have all been practice for the real calling.  To address the more complicated task of building towards our common tomorrow, we must remember that we neither act alone nor outside the context of history.

To move forward, we have to look backwards.

It is November 2016, and my country has elected to its highest office a lying, self-aggrandizing bully who stands on a platform of white supremacy.  For all our tears and sorrow, this is not a shocking occurrence.  As we spit-shine our cherished democratic principles, let’s not forget that this country came of age on a steaming swamp of lies, self-aggrandizement, and white supremacy.  Let’s not forget the enslaved humans who built the White House.

And most importantly, let’s not forget how our nation slogged its way out of slavery.  Yes, we fought a civil war.  That’s only half the story.  The other half is comprised of hundreds of years and hundreds of thousands of acts of rebellion.  For those who lived on through the degrading work of building the wealth of a nation which had abandoned human morals while shouting for liberty, even surviving and enduring were acts of rebellion.

Every page of this nation’s story contains heroes who can teach us what to do next.  Real people, real Americans living in times of crisis greater than any we can imagine today, struggled for social, economic, and racial justice.  They dared.  They gathered together under threat of lynching and firebombing.  They learned the master’s codes, took cases to court, formed alliances, carried one another to safe houses, and marched on the streets.  People before us managed to overturn one dehumanizing law after another.  They fought to pass amendments that guaranteed the vote.  These grassroots efforts became mass movements, expanding out from one identity group to the next, gathering together more and more swaths of America.  Voting rights, disability rights, Title IX, farmworkers, gay marriage.

As for those of us who stand on the side of human life and the well-being of our shared home?  We’ve got to get ourselves organized.  We’ve got to open the playbooks of  Abolitionists, Suffragists, Civil Rights movement, Earth First, ACT UP, La Raza.  These brave foremothers and fathers brought us into being and serve as our common ancestors in the work of justice.

We may not have any idea what we’re doing.  Neither did they.

I’m not the first mother who has no idea how to guide her child through dark times.

Like the ones before me, I guide him anyway.

We can be strong for our community members who are at risk of getting hurt by our new president’s policies.  We can show up at local school board hearings when they vote on the new transgender non-discrimination policy.  We can volunteer again to make sure the hypothermia shelter protects our homeless neighbors this winter.  We can write letters to the Washington Post and to our representatives about protecting the Clean Air Act and the Voting Rights Act.

Inside our flimsy shield of privilege, we have scrabbled to secure a place of safety and stability in this country, all the while soothing ourselves that we are doing enough good with our tiny individual acts of social and environment responsibility.  Yes, we are tired.  Yes, we are uncertain.  Yes, we are scared and feel very confused about how to navigate the complex troubles of our world.

We can find others who are likewise tired and uncertain and scared and confused.  Others who are outraged and hopeful and brave and ready.

We can come together.

We can build our shared power.

We can act in the service of what we say we believe.

This is the legacy our predecessors in the work of justice left for us.  These are the actions we can take in order to leave for our descendants a place better than the one where we find ourselves today.

This is the America of the living revolution, the unfolding democratic project.