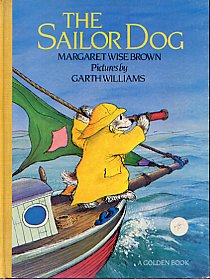 Bug schlepped a canvas bag weighed down with five books and a beach towel to school on Friday. This was on top of his normal overstuffed backpack. With a parade of literary events, his class had been celebrating Dr. Seuss’ birthday all week. The grand finale had the kids lounging around the classroom on their towels like a pod of beached bibliophiles. It was a Key West siesta under fluorescent lights. When I picked him up, he told me someone special had come to his class to read.

He rolled his eyes. “They’re pretend!”

Tee is one of the three Class Moms for Bug’s kindergarten room. He is a regular volunteer and he manages all the electronic communication to keep the rest of us absent kin in the loop. The twinge of envy I feel about his extensive involvement is eclipsed by relief. At least my kid has a parent who is a solid presence in the school. (Even typing this, I am quelling the urge to explain all the reasons why this is the way it is, and how I am doing my best given commutes and job demands, etc. etc. Maternal guilt is a bottomless pit).

“So,” I said, turning into the driveway. “What did Daddy read?”

“Scuppers,” Bug said with a grin.

“Sailor Dog!” I cut the engine and twisted around to face him. “Boy, we read the heck out that book when you were little. ‘Born at sea in the teeth of a gale, the sailor was a dog.’ That is your daddy’s most favorite book ever.”

Bug jutted his chin. “How do you know?” This is Bug’s latest gambit: haughty skepticism. I take it as a sign of charisma and burgeoning self-reliance. This helps me bite my tongue.

My better self won out and offered up a shiny smile. “A long, lo-o-ong time ago, back when your daddy and I were first dating, he did nice things to try to get my attention.” I stretched toward him over the console and whispered, “I’ll never understand why, but he kinda liked me.”

“Yeah. And you know how sometimes, when big kids or grownups like each other and start getting romantic and silly, they bring flowers and chocolate, all that lovey-dovey stuff?”

Bug nodded. His eyes were wide.

“So, your daddy and I had only been seeing each other for a few weeks. This was long before you were born. It was before we were married, before we really knew each other at all. One day, a package came for me at work. It was all wrapped up in paper. It didn’t say who it was from. I took it back to my desk and tore it open. Do you know what was inside?”

Bug shook his head. “What?”

Bug took a second to absorb this. Then his face split open. “Scuppers?” He burst out laughing.

“Your daddy had sent me a picture book to show me he liked me.”

Bug rocked back with a whoop and collapsed into his booster seat. He laughed so hard he could barely catch his breath. “He sent you Scuppers? What?”

“Yep. I kept looking at it and turning it over. I couldn’t figure it out! He hadn’t even put a note in it. Some guys surprise you with a big bouquet of flowers. Not Tee. Nope. He sent me. . . ”

I shrugged. “That’s when I knew your daddy was a giant goofball. And I also found out what his favorite book was.”

Bug shook his head and opened the car door. “I can’t believe Daddy. I just can’t believe he got you Scuppers.” He bounced out of the car and up the driveway. I grabbed the backpack and books he invariably forgets without a reminder from me. This time, I let him off the hook.

Bug knows his daddy loves him because Tee is there. Every time my kiddo turns, he finds his father all over again. Tee’s care is a physical presence. His love is relentless. (Long may it last)

Bug knows I love him because I lay with him every night and rub his back. Three books, three songs, without fail. We greet the dark together.

Bug knows that his daddy I once loved each other, too. I do not want him to forget. Our story is the prelude to our son’s. It was calm waters before it was storms and shipwrecks. It didn’t end the way storybooks are supposed to, but it was ours. It was love. All that remains of it is our son’s. There is treasure down there somewhere. It is his for the taking.