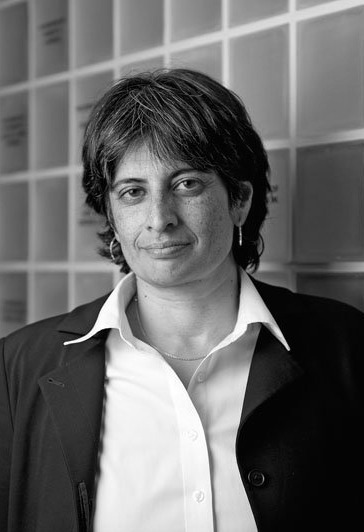 Progressivism is a spectrum; it’s not an ideology following one leader saying one thing. It’s many people who have very wildly diverging opinions about many things. But, as progressives, if we could commit to a general frame of reference that we are about improving the quality of life for a lot more people, we’re about helping working and middle-class people, and we’re about taking care of poor people, we could really make some inroads in political power in this country. But, if we choose to be purists, if we choose to be arguing for a consensus we will never reach, for agreement on every point, it’s never going to happen.
― Urvashi Vaid

My son is drawing on a portion of this quote for a 7th grade English project. He is parked at his laptop, wrestling with his thesis statement. The current iteration goes something like this: Urvashi Vaid is dedicated to expanding LGBTQ activism to improve equity and justice for all marginalized groups, and this dedication is evident through her speeches, writing, and activism.

We have had several tricky conversations over the last month about Vaid and her work. Tricky, because the clear lines between power and oppression are fuzzier than even most grownups among us would like to admit, let alone the 13-year-olds. When members of a marginalized group organize and act for civil rights and legal protection, how far must we reach? Does securing our own access and power sit at the heart of our mission? Or do we recognize that our liberation must involve an upending of all forms of oppression and violence?

Vaid calls on us to use our privilege to expand the notion of “we,” even when we ourselves are part of a group facing discrimination. White, able-bodied, owning-class LGBTQ folks must claim a struggle that is bigger than our own sphere. Vaid urges us to consider that for LGBTQ activism to be truly liberatory, we must fight for rights and protection for the most vulnerable members of our community — poor and undocumented people, those with disabilities, people of color, the uninsured, the incarcerated, the elderly.

Gay people do not fight for freedom to live in a lavender bubble, but in a more just society.
― Urvashi Vaid

My son is having a hard time writing this essay. Vaid doesn’t have the media coverage of Greta Thunberg or the historical heft of Harriet Tubman. He chose her from a list only having the most rudimentary knowledge of who she is. He is trying to build a biography of Vaid upon a thin background of LGBTQ history and activism. While we’ve made some progress around Black history and (white) women’s history in public schools, LGBTQ people are still shamefully absent from elementary and middle grade curricula.

My boy pecks away at the keyboard, trying to trim complex ideas into manageable bites. Writing is one of his least favorite subjects. Even so, he’s been bending to the task of exploring Vaid’s story, watching clips of her speeches, and trying to make sense of the intersectionality he doesn’t quite have a name for yet.

Over here on the other side of the room, I sit quietly and let him work through it. My prayer is that as they roll around in his mind, these words of Vaid’s become, in some small way, his own. Our own. One thread of the story that follows when we say, “In our family…”

“…we are about improving the quality of life for a lot more people, we’re about helping working and middle-class people, and we’re about taking care of poor people…”

Virtual Reality: The Mainstreaming of Gay and Lesbian Liberation (Anchor, 1996)