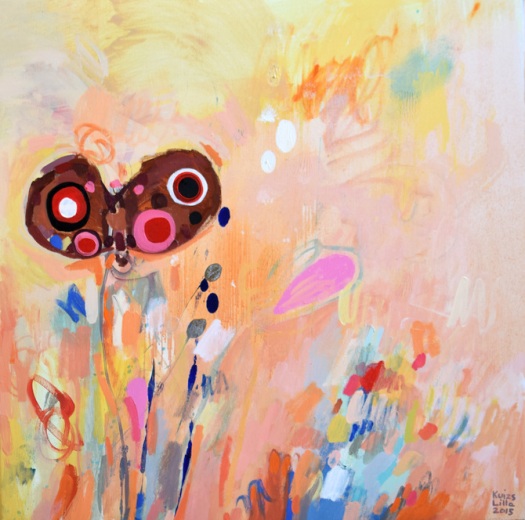 Petals from nameless tress, blossoms pink as sisters
edge sidewalk, gutters, stairs
drawing a perfect pillowed frame around everything that separates us.

With a form to cement the end
of a project that’s kept her here eight years,
she stands at the threshold
of my office. Her offering of gratitude
a satchel of lotions and oils, heavy with the perfume of peach flowers.
The girl in me feels the kiss of a sundress on her calves. Remember
grass? Body paint, sun-streaked boys,
pennants stained with soot and crushed blackberries,
gymnastic arcing bonfires,
bare arms in pas de deux with dusk.

A whisper at the missing window here
once a howl,
we burned our promises and doused them with sweat
counting the seconds a hawk, having merged with a current,
holds its glide
before even once flapping its wings.

Fifty-seven, as it happens.
That almost-minute spirals out along the invisible groove
over hours, over decades,
but who’s counting now?

We look into
the pause
and fall towards memory
hurtling at us as wet
as hay.

Inside this stapled box, we shred the most sensitive notes
before they’re written. How fingers like a weaver’s
have drawn her hair into a nest of ribbons,
how much like gloss the spidersilk
collected along her neck to hold the ghosts of tanagers,
the hollows of their wings.

We cast a vote by abstaining
before we knew we had the right, well before
we knew we could run
for or away, or even towards. We elected a proxy
to steal words for us. We unhinged our jaws to ingest
the names of things that were not things until named
and made them into us. We swallowed
without losing our rictus smile.
Without even closing our lips.

She’s marrying a man but can’t say when. I’ve forgotten
how to strip
the cataract of words from their pulse,
forgotten how to say thank you
in a tongue other than my father’s, even if only merci,
its R at the back of my throat as round as river stone
skipped along the skin before tumbling in.

Her gaze glances
away to a map of the world on the wall,
to the wall itself, seeking
purchase.

I take the paper
white and pitted as an egg
with both hands
and touch the place where she laid
the ink.