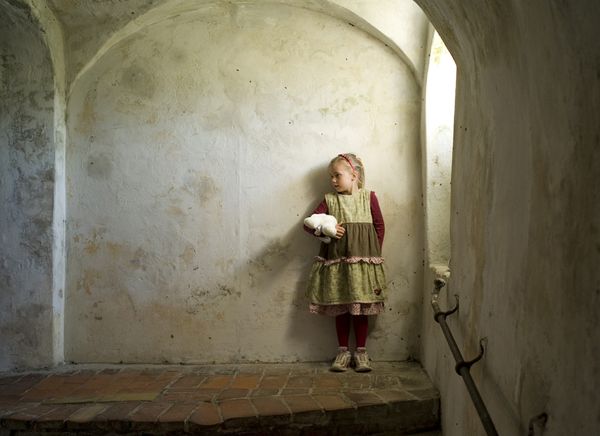 It’s July 9th and raining again. My former father-in-law sends me photos of my son at the beach on an island in Lake Michigan. Bug is scrabbling on the shore near his two cousins. They are all turned away from each other, each bent over a single small universe of sand. The girls are 12 and 10 now. I held them when they were babies. They were my nieces before. Now they are just someone else’s children.

Or rather, sorrow as always.

In Pacific Heights, the 1990 thriller that put even the most liberal of us squarely on the side of monied landlords, a happy couple invites the dude to move in. He does, and proceeds to lay waste to an entire world one light fixture at a time.

This sorrow here with me? He is my tenant from hell. It is hard to believe he once so completely charmed me, but he must have.

Back when the pages of my 8th-grade diary needed an indigo flourish, he came oozing up from the spiral binding and began scoring my lines with crenelations. He had callouses and clean fingernails, serving up a Darcy-Heathcliff cocktail with a twist of Bond. It took a few years and a semester of college English Lit to peel back the pinstripes. He was the Danish prince all along and stopped bothering to claim otherwise. Now he’s as indelible as he is unmistakable, moping around the crumbling grounds in a state of masturbatory melancholy that borders on solipsism.

It’s too late to eject him.

I’m too mortgaged to try.

What came before? I see a picture of myself at 10 or 12 on a beach in New Jersey. The snapshot catches me mid-leap in the surf, a dragonfly in amber. Water arcs from the bucket in my hand and my friend shrieks. Her note twinges the air, humming across years like wings. We are neon streaks, brown limbs, airborne, foam.

I knew him, Horatio, a fellow of infinite jest, of most excellent fancy.

The faithful prince catches me again and twines my feet in those calligraphic lines. He promises me Elsinore and all her ghosts, as if such an offer holds any appeal. I climb the stone steps still trailing silver thread, making my way to the keep. A trap door opens in the floor and I follow the stairs as they spiral down and away. Back to apotheca. To kitchen. To dungeon. I trace the walls again, again, walls unbroken by portculis or bridge.

I remember windows when he lets me.

Sorrow. My voice. My lodger.

The shape of the skull on my shoulders, the heft of it in my hand.